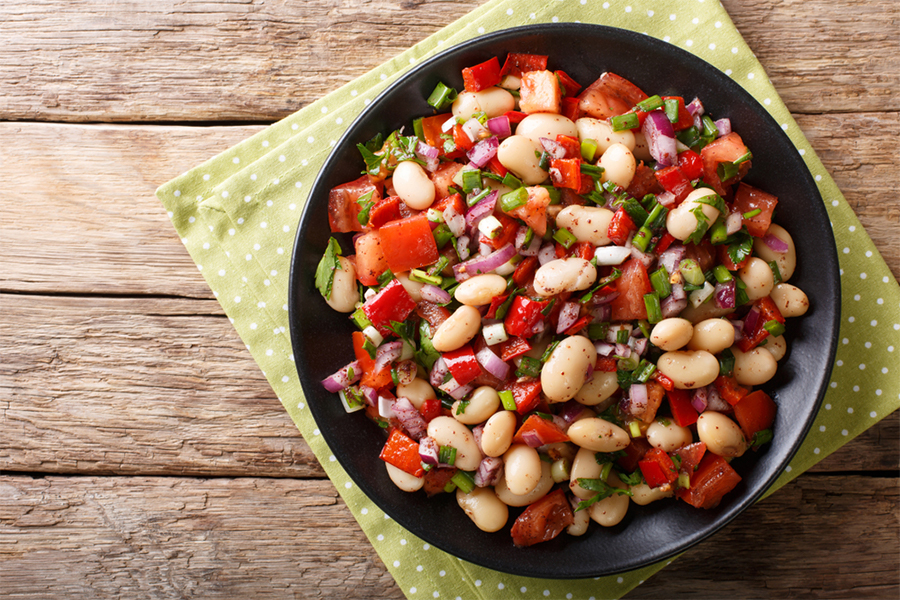 Tongs or disposable gloves if you are tossing with your hands

This salad is so easy to make! Start by making the vinaigrette into the same bowl in which you will be tossing the salad (less dishes, yay!). Add in chopped romaine and your favorite assortment of vegetables—really, anything goes! The addition of pepperoncini and olives will add another layer of flavor, and protein and fiber are found in the white beans. Finally, shave some hard cheese such as a Parmesan or Romano on top. The creaminess and saltiness of the cheese balances out the acidity of the dressing.

Lean how to make a simple, veggie packed salad with a basic vinaigrette.

Substitute 1 Tbsp fresh oregano leaves for the dried oregano. Add a handful of sprouts for extra nutrition or a handful of nuts/seeds before serving for more fiber, fat and protein. A little bit of lemon zest will add some extra acidity.

Substitute Pecorino Romano or feta for the Parmesan cheese. Substitute cooked chicken or fish for the white beans.

Tongs or disposable gloves if you are tossing with your hands